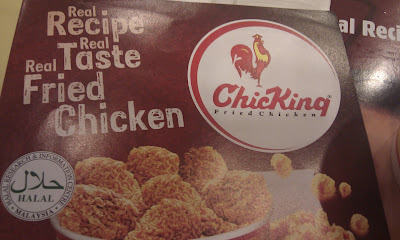 That pretty much sums it up, doesn't it? The newest fried chicken chain to hit this place, hailing all the way from the UAE, ChicKing opened its first PJ outlet (I think) at Tropicana City Mall just a few months ago. Like any other curious foodie, I went to have a try.

Firstly, to be fair, the actual chicken (which should be their core product, eh?), there's nothing wrong with it. The marinade is good, and the flavor permeates the meat rather than simply staying on the skin alone (yes, I'm looking at you, KFC). Mostly tender, the pieces are a little on the smaller side, and the skin isn't very flavorful, but overall the chicken is okay. 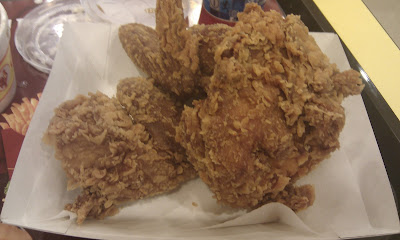 Everything else is where it all falls apart. Let's forget for a moment that it serves Pepsi (which is a cardinal sin in my books). The mashed potatoes... a complete disaster. The potatoes had a strange consistency (I would call it... powdery?) which smacked of cheap instant mix (even the Maggi mashed potato from the vending machines were better), and the gravy - completely tasteless and felt weird and starchy. The coleslaw - not fresh at all and it also tasted weird. I never thought any coleslaw could taste any more chemical-y than KFC's but this just took the cake. 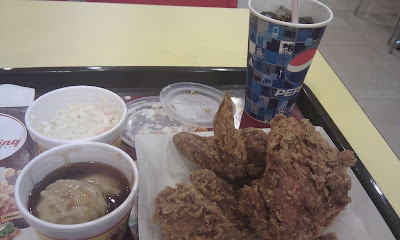 Even the 'Royal Crunch' which should have served as their largest burger, didn't really seem any bigger than a KFC Zinger. Which is saying a lot cause the Zinger is simply small.

The verdict, ChicKing has decent fried chicken, but don't bother with anything else like sides or whatnot. I certainly wouldn't go there again. For now, I'll stick to Popeye's, at least until the most awesome fried chicken in the world, Church's Chicken, gets here. Hopefully, someday.